After successful completion of the shopping centre and offices, the project progressed to the Thistle King James Hotel, where our client requested a bespoke asbestos management solution for the premises including survey, asbestos removal, waste disposal and air management regimes to be implemented throughout the building. All existing buildings are of either reinforced concrete construction or precast concrete with loadbearing precast cladding panels and were constructed between 1970 and 1974.

Following successful completion of works within New St Andrews House and the St James shopping mall and as a result of the positive working relationship established between Enviraz and Gardiner & Theobald, Enviraz were engaged to undertake Partial Demolition Surveys of Thistle Hotel. These surveys provided information for a coherent tender document for Phase 1 & 2 Asbestos Removal Works to be issued.

During the survey stage, it became apparent that the contamination was greater than envisaged and the client was informed of this. Members of the Asbestos Removal division became involved and began the process of interpreting the pre-construction information, client‘s requirements and available survey information.

Information was collated and a report produced for Gardiner and Theobald to present to their client and for inclusion within the tender information.

Having successfully navigated the Pre-Qualification Process for inclusion on Gardiner and Theobald’s select list of tenders, Enviraz, successfully tendered for the removal and disposal of asbestos-containing materials from Thistle Hotel and were subsequently appointed Principal Contractor for the works.

As Principal Contractor, Enviraz were responsible for providing adequate welfare facilities for the 32 Asbestos Removal operatives, employed on site, together with any ancillary trades, including:·

Due to programme restraints, Enviraz were required to complete all the site mobilisation activities and Non-Licensed Asbestos Removal Works, including construction of covered transit routes, within the 14-day notification period.

Due to the volume of removal works and time constraints, the Phase 1 works were required to be complete within five weeks, before Christmas 2016 with Phase 2 commencing in February 2016, after the subsequent demolition of Phase 2 of the hotel. As any delays would involve application of substantial Liquidate and Ascertained Damages, Enviraz utilised the services of a full-time, site based, Contracts Manager.

Our Manager was responsible for the day-to-day management of the project, including liaison with St James Centre Management, Gardiner and Theobald (Principal Designer), Laing O’Rourke (Principal Contractor for Entire Edinburgh St James Project) and T H Real Estate (Client). This communication ensured removal activities had a minimal impact on the overall contract programme.

Clear lines of communication between Enviraz, Centre Management, Contract Administrator and the client were established at the Project Pre-Start Meeting and were reinforced via monthly Progress Meetings.

By utilising the appropriate resources and establishing positive working relationships with all stakeholders, Enviraz has completed the project within budget and in line with the client’s programme.

Ralph Cruickshanks was the lead client contact for the duration of this contract. As head of Enviraz Operations, Ralph’s near 30 years’ experience in the asbestos industry was beneficial as he acted as the main point of contact throughout the contract. Ralph was supported by Contracts Manager, Craig Smith, who was based on-site and conducted the day-to-day running of the contract. Craig’s responsibilities included management of the site staff, resource management, coordination with tradespeople and client liaison. Throughout the contract Quantity Surveyor, John Kennedy, and Health & Safety Officer Officer, Jonathon Green, gave additional support to all areas of the contract.

The volume of removal works required in such a short timescale required Enviraz to source innovative solutions to deal with any issues that occurred on site. With such a large labour force on site (32 operatives) our most important innovations related to the welfare and logistics of operating with such a significant number of operatives on one project for six months.

Enviraz implemented daily toolbox/welfare talks with all operatives encouraging them to care about appearance at all times, to report hazards, risks, etc., and remind them of the employee suggestion box.

We also took the opportunity to utilise the welfare accommodation to remind operatives of their own health by hanging posters containing information relating to male health issues. Also due to the use of Hilti TE40 Breakers, we advocated the use of A790 gel padded gloves to minimise risk of HAVS.

Works were undertaken in close proximity to a functioning shopping centre, active bus station and busy public precinct, therefor our utilisation of bespoke site segregation was essential and involved a combination of heras fence, timber hoarding and customised timber fabricated access tunnels to keep the site secure and safeguard those nearby. In addition, 24hr CCTV was in operation on-site to make sure that security was not compromised at any point throughout the project.

Back to Case Studies 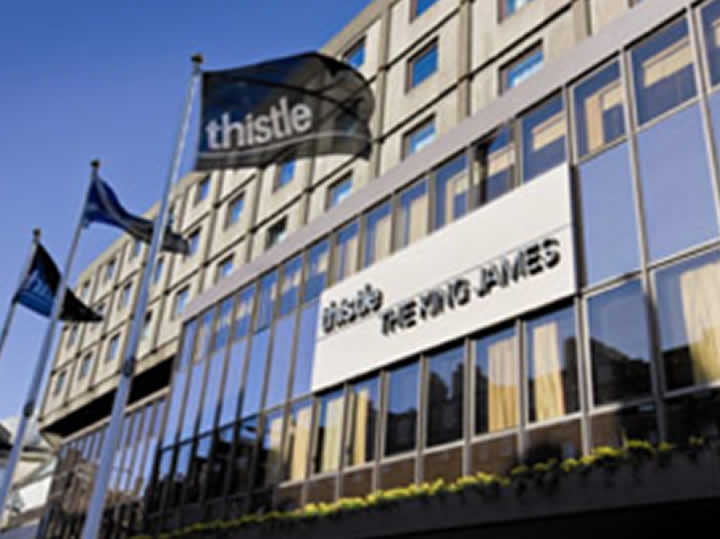 “The Enviraz Management Team operated in a professional manner, worked to budget, timescale and pro-actively offered technical advice to resolve any unforeseen issues … Gardiner & Theobold would have no concerns including Enviraz on future tender lists.”

Name and Address of Contract Administrator: